Since my first two marathons this past Fall, first in Chicago and then 3 weeks later in New York City, I would pretty much declare myself a marathon addict. I was afraid that after running one I would say “Never Again!” And while at a few points during the races I definitely felt that way, when I finished both marathons with a smile on my face, I was hooked!

I love the distance, I find it both challenging as well as possible. I love the medals and race bib and being able to call myself a marathoner. I use those words with great pride.

This month I received the January 2011 Runner’s World which featured their 2011 Marathon Guide. It inspired me to share with you all the Marathon Guide of MY dreams, specifically which ones I want to run sometime in my lifetime.

First let me share with you my dream to run all the World Marathon Majors. Since this list includes two marathons I have already run (Chicago & NYC), I would love to complete the other three on the Majors list – Berlin, London and Boston. Seriously, who doesn’t want to run Boston?

I think it would be awesome to travel overseas and run both the London and Berlin marathons. And it would be amazing to climax my running at the Boston Marathon, but I am not sure that will happen anytime soon.

The Oz Marathon – Seriously, how can I NOT run this marathon? I am pretty sure it was made for me! I want to follow the yellow brick road and run a marathon in OZ!  It is in Kansas, which is somewhere I have never been and it is sponsored by Garmin and the start and finish line is at their World Headquarters which is pretty cool.

Flying Pig Marathon (since I have heard such amazing things from Emily) – I love the fun Pig theme, the promise of 100,000 spectators, and the fact that at the end of the race you get to cross the “Finish Swine”. Also, all the pink makes me very happy.

The Marine Corps. Marathon has been on my mind for a while now and I am crossing my fingers that I get in for the race this Fall. Registration opens in February and I totally have it marked on my calendar!

I am excited to run a marathon in my hometown (I am from Northern Virginia, so this is as close as I can get to a marathon at home!), as well as run by the Jefferson and Lincoln Memorials and the Washington Monument. Also, who doesn’t want a 2nd lieutenant putting your race medal around your neck?

Races that I want to run on the West Coast include the Napa Valley Marathon, because it is flat, urban and who doesn’t want to run along the wineries and the grapes?

I also really want to run the Big Sur Marathon – the views just look out of this world. Big Sur is the largest rural marathon in the world, winding through redwoods, paralleling ranches, and offering stunning views of the Pacific Ocean. Sign me up!

Other fun races that are on my radar include the Odgen Marathon, because the views are supposed to be awesome..

the Steamtown Marathon, because it is where my dad is from and where my grandma lives…

And the Philadelphia Marathon, because how can I not run the marathon in the city that I live? This might me on my Fall 2011 radar! 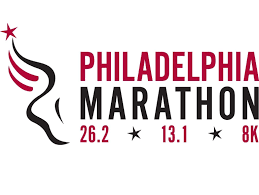 It would also be a dream come true to run the original Athens Marathon because I feel its the birthplace of the marathon – and it’s held in Marathon, Greece! 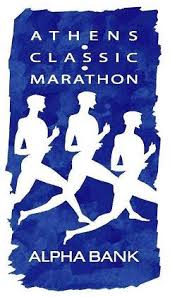 What marathons or other races are on your to-run list? Have you run any of these races before? Thoughts? Opinions?