In A New York State of Mind

Remember when I told you about my ‘Oh Crap’ moment?

Even though I ran my first marathon only 8 days a (was it seriously only last week?!) the reality has set in that I need to focus on what is next on my running ‘To Race’ list:

If you are new to the blog, I should probably let you know the whole story on what lead me to signing up for 2 marathons in one month.

Last November I ran 6.2 miles of the New York City Marathon last year with Aileen. She asked me to run with her for part of her first marathon and help her keep a 9:30-9:45 pace to achieve her goal of a 4:15 marathon – which she achieved! Woohoo!

Aileen had such a great experience running NYC last year and she knew she would be running it again this year that somehow she convinced me to sign up for the lottery for the marathon this year.

Crazy talk, I tell ya!

When I signed up for the NYC Marathon lottery, along with all the other thousands and thousands of people, I really didn’t think I would get in. I honestly didn’t. I know so many people that entered themselves and got turned down. When I signed up it myself didn’t really feel like NYC would be my first marathon. Not sure why, but I honestly didn’t think I would ‘win’ the lottery.

A few months after I signed up for NYC, I signed up for the Chicago Marathon last March when I found out that my time from the NYC Half Marathon earlier that month qualified me for a seeded corral start in the marathon.

When I ran the NYC Half I ran my best race ever (1:49:38) . I didn’t expect to do as well as I did because I ran the Disney Princess Half Marathon 2 weeks (with Kelly!) earlier and I didn’t know how fast I would be able to go.

When I signed up for the Chicago Marathon, I hit the ‘submit’ button to enter myself and I really knew that it would be my first – and within an hour of me signing up for it the registration closed! I guess it was meant to be.

Two weeks after signing up for Chicago, I got the ‘Oh Crap’ moment – I was accepted into the NYC Marathon 2010

This was an awesome moment because I knew so many people that had been turned away – and NYC had always been a marathon I had wanted to run.

The only question was – could I do it?

My fears for running my first marathon were now coupled with the fact that I would be running back to back marathons within a month. I questioned my ability to do it, but with everyone’s support, I felt confident in moving forward with training.

I knew going into Chicago that I wanted to take it slow and not overdo it because I wanted to run NYC in a month. My goal was to finish my first marathon with a smile on my face and also not to be dreading running another marathon in a month!

Since I had such an amazing experience in Chicago for my first marathon, I actually finished the race excited about running New York City in a few weeks!

My first marathon experience was nothing short of magical. I have such a respect for the people who run marathons and for the distance itself, I am excited to now be part of the club.

I am even more excited for the fact that I get to run another marathon myself in a little over 2 weeks! 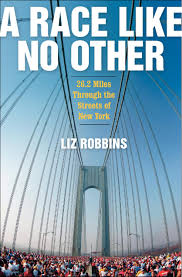 A Race Like No Other – 26.2 miles through the Streets of New York! If this doesn’t shout race day motivation then I don’t know what does!

If anyone has any words of wisdom for running back to back marathon’s – please share! I need all the help I can get!